We were called out to a 3 year old Solargain solar hot water systems yesterday for a general service after the owners received a reminder message to have their solar hot water system serviced by Solargain. He called them and was quoted $260 plus parts for a service, appalled by the prices quoted he called us. Our price for a service was significantly cheaper so we went out.

His 3 year old system had a manufacture date that states the solar hot water tank is actually 8 years old, manufactured in feb 2012. The owner knows he hasn’t let time get away from him as he brought the home in Feb 2017 and had it installed a few months later. When we arrived the owner informed us that he has has services every year when he gets the message from Solargain that its due. Last service he was charged for a replacement solar pump and had had the anode replaced each time.

Its a real shame that these “Solar specialty” sales companies are taking advantage of their customers like this.

No hot water system requires a anode replacement every year, every 4-5 years is the recommended time frame.

The installation in this picture show the poor workmanship, with pipe work run up the out side wall unclipped and 2 to 3 inches off the wall flapping in the breeze, incomplete insulation, missing cold water expansion valve and just a careless level of workmanship.  Not only is this a absolutely disgraceful standard of work but under no circumstances does it meet council regulations and plumbing standards. For some who calls them self a trades person and to leave a persons home with this state of workmanship shows the level of care factor some companies show people and their assets.

Other than the Solargain solar hot water system being a cheap Chinese made product and all the plastic covers deteriorating in the sun, everything was working as good as can be expected from such a product. We didn’t charge the owner anything as he was absolutely devastated to say the least to find out his Solar hot water system was over 5 years old when it was sold to him and he has been ripped off every year since.

SunCity hot water have a high standard of morals and work ethics, we are local people who live here, have families here and will be here for life.

It doesn’t cost any more money to do a job neatly apposed to the rough workmanship shown here. Its all about the respect you should show your customers and their assets. 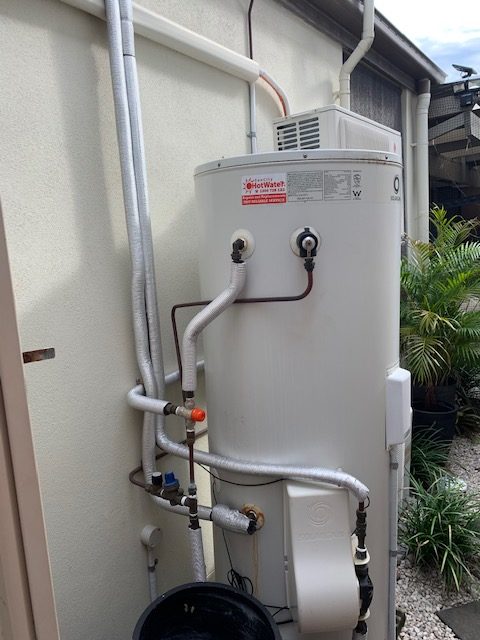